“Let us not become weary in doing good, for at the proper time we will reap a harvest if we do not give up.”
-Galatians 6:9

Since the Syrian civil war took place five years ago, an estimated 4,000,000 (that’s MILLION) refugees have left the war-torn country.  Many have flooded into neighboring countries
It boggles the mind that there are countries in our world who would turn a blind eye to the plight of asylum seekers and refugees.  It has been reported that some of the wealthiest countries in the Middle East are doing nothing to help welcome foreign refugees from Syria.  The same can be said for some European countries as well.  Let’s call it for what it is.  This isn’t about fears of the economic mainframe and fears that a country can’t support a sudden influx of refugees.  This isn’t about resources at all, because either the EU would step in and help as would the United Nations.  In fact, just today one of the UN’s top officials said this current refugee crisis needs a global response (Source: UN Response To Current Crisis)   The refusal by some nations to help displaced Syrian families is abhorrent, wrong and despicable.   Apathy seems to be running rampant in parts of the world.  Self-interests are in play here, as is the practice of turning a blind eye and pretending it doesn’t really exist.  This is about inconvenience.  Some of this is also about ethnic and ideological differences.  Racism still exists.  Bigotry within cultures, religion and lifestyles still exist, and is alive and kicking.

Germany was one of the first countries to step up and do something about this humanitarian crisis.
They have pledged to take up to 500,000 refugees a year!  That is amazing generosity, compassion and willingness to do something remarkable when others have turned a blind eye to the plight of these displaced families in need.
Now, the tide is (hopefully) turning – The Vatican has pledged support and is urging other nations and Christians to do the same.  Some countries, like the United Kingdom, the United States, Canada and France are beginning to feel the pressure to offer more than just a band-aid solution but, perhaps a new home to many who are now homeless because of this horrific civil war.

More Still Remains To Be Done:

There is still hundreds of thousands of men, women and children who are seeking peace and a new home.
Syria is most notable war torn country in the news currently; but other places in the world are suffering the same fate year after year; places like Sudan – currently in South Sudan there are more than 600,000 refugees who have fled to the Southern boarders while another 1.5 million people are currently displaced and without a place to call home. (Source: South Sudan Refugee Exodus Continues)

What Can We Do?
How can we help?  We are just soldiers, people, seemingly little in our community…but we are wrong, we do have a voice and must make it heard!
We must continue to give a voice to those who do not have a voice.
We must fight for the powerless, the suffering, the homeless, the refugee, the trafficked sex slaves, the child soldier.
In this current crisis, and crises like it in our world, we must stand against injustice.

In the United States:
Write your state representative or better yet call them
Here is a list of their numbers – Phone Numbers To Call
Urge them to apply pressure to offer more support to the Syrian Refugee Crisis.

In Canada:
Look up your local/governmental officials and apply pressure to help
Contact Information

In The United Kingdom:
Here are some rather current information as to what is being done in the UK –
FactSheet
But more can be done and you can urge your government officials.

I can’t list all of your wonderful countries here today but I would suggest that where ever you live, you must apply some pressure to your governmental units.  Remind them, urge them to help.  We cannot sit idly by while innocent men, women and children are displaced and are suffering.  Turning a blind eye is a conscious choice to not care.  Don’t allow apathy and selfishness to invade your heart!  Do something! 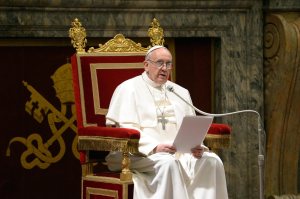 Pope Francis has done it again.
One could categorize him as a pope who is polarizing.
Still others might categorize him as a pope who has made difficult choices but also the right choices.
However you view this leader of the Catholic church, he is certainly NOT your average run of the mill Pope.
His latest leadership decision has been to appoint Cardinals and out of the 15 nominees, 9 hail from emerging countries of the developing world.  News link: Pope Francis Names New Cardinals
I find it interesting that this leader has appointed new Cardinals from emerging countries.  Think of it?!  These countries do not have as much political or financial power as places like Italy, France, the United States and the United Kingdom but Pope Francis has appointed a majority of the new Cardinals from these places anyway?
Why?
This comes after his strong chastisement of current leadership and even stated they had “spiritual Alzheimer’s”.
Perhaps this leader has made these difficult decisions because they were the right decisions to make.
Perhaps, instead of placating incumbent, staunch “comfy” leaders, it was time to appoint new ones.
Perhaps, this leader (Pope Francis) recognizes where a majority of his church’s growth is taking place.

Is There a TSA Translation?
I’d like to say that we have it made in our Army.
That everything is hunky dory and peachy…but we have growth issues too!
When an organization stops growing and/or plateaus it can be a warning sign.

Questions:
Are we recognizing the fastest growing armies (Salvation Army corps, divisions, territories that is) in the developing world?
Do we, at times, play the political game because of where a majority of our World Services funds come from?
Do we, at times, placate and position ourselves in order to appoint leaders?

Some of these questions are well beyond me.
What do I know?
I am a lowly Captain.
But I am a soldier of this army.
I believe our voices are important…don’t you?
But it seems to me that there is something for us here.
Please don’t misunderstand my point.
I do not wish to emulate any other denomination other than our own.
We were created for a purpose, a holy purpose I believe.
We are not the Catholic church…nor should we ever strive to be.
We DO have much to learn though.
In retrospect we are this very, very, young Mission/Army of the Universal Christian Church (big ‘C’).
We have some growing to do.
God is not finished with us yet.
Perhaps, within this “growing”, there will be pains, groans, the occasional adjustment.

Are we all that we can be as an Army?  (Sorry if I stole a line there from an old United States Army slogan)
Are we wise enough yet in our 150 year existence to recognize the need to shuck off politics, placating practices and to see the bigger Army – world wide?

I believe politics and policies at times ties our hands.
It hog ties us.
It holds us captive.
Dare I say, it places limits on the moving of the Holy Spirit in our Army…especially when there are far too many “hoops” to jump through these days to get anything done.  Could it be that we have become like pharisees in rule keeping that we have far too many laws and rules to abide by that we truly cannot keep them all?

I’m certainly not advocating anarchy by any means, but I am wondering where this Army is going if we are too bogged down with maintaining instead of expanding this mission of the Lord?

Who knows, perhaps there IS something that we can learn from this rebel-rouser Pope…perhaps the days of Joe the Turk aren’t dead after all in this army…here’s to hoping anyway!
Something more for our Army to ponder today.
To God be the Glory.