I keep thinking about Mary encountering Jesus in the garden post-death.
Imagine it with me if you can:

Rounding the last turn in the overgrown garden she comes upon a sight that she cannot quite explain.
Reason fails her and she is pauses a step to take in the scene attempting to comprehend it all – His grave is open.   Picking up the pace, she closes in on the tomb and enters all in one quick motion.  The place where they had laid Jesus is empty,  it is vacant.  Had the authorities changed their minds?  What happened to the body of her teacher, her rabbi?

Mary runs back and gets the disciples who, upon hearing this troubling news, run to the tomb to check it out for themselves.

Fresh tears begin to well up in her eyes as a lump forms in her throat as this all takes place.
Where is Jesus?
Why had they done this?
Could they not have left Him be, allowing this one ounce of dignity? 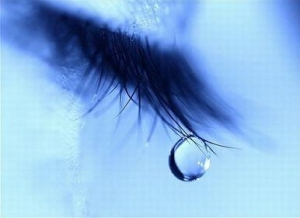 Stepping back out of the tomb, the early sun begins to crest the horizon and spills effortlessly out upon the garden igniting it in hues of orange and red.  Mary doesn’t know what to do.  She is dumb-founded.  Mary peers again into the tomb to make sure she has seen it correctly, as grief can often cloud the ruffled edges of judgment and understanding.   Then…something catches her eye – two angelic forms standing beside the place where dead-Jesus had been laid.  They speak to her.  “Woman, why are you crying?” they ask…as if the meaning of death and loss meant nothing.  But Mary swallows back tears and replies “They have taken away my Lord and I don’t know where they have put Him.”    Uttering this very statement is like releasing the floodgates in a dam and her resolve breaks and so does her heart.

Suddenly, a shadow passes between her and the fire branded sunrise.  It is the silhouette of a man.  It MUST be the gardener coming to tend to the property before the hot sun engulfs and wilts the plants.  It must be someone who knows something about where Jesus has be taken.  Once again, the question is asked of her, this time by the man standing silhouetted in front of her, “Woman, why are you crying? Who are you looking for?”  Again Mary sniffles and forces out a tired, bitter response amidst her flowing tears “Sir, if you have carried him away, tell me where you have put him, and I will get him.”

She is at the end of her strength.
She is beyond heart-sick.
At the very least this can be done – recovering Jesus’ body.

“MARY.”
In her weakest state she recognizes just who He is.
In her tear-blurred eyes and flood of grieving heart, she finds renewed strength in His presence.
She calls out to Him by His respected title – ““Rabboni!” (which means “Teacher”).

Will you?
Something more to ponder today.
To God be the glory!

In the bliss of winter’s frozen kiss
as Ice is formed, abrasive and painful
an Angel with wings unfurled
left her mark in the mounds of silky snow.

I do not know what transpired there
as some walk by and some don’t care
But I’m almost sure I glimpsed heaven’s door
looking out from my frosted window.

With rooftops coated white and wisps of smoke
dancing or escaping elegantly into the crisp atmosphere
I remain here, tightly bundled, blanketed train behind me
perfectly content to let the days of winter kiss another
but not my cheek, nor these feeble hands
I am a child of summer weighted down by this
absence of her soft warming embrace.

And for now…I bide my time.