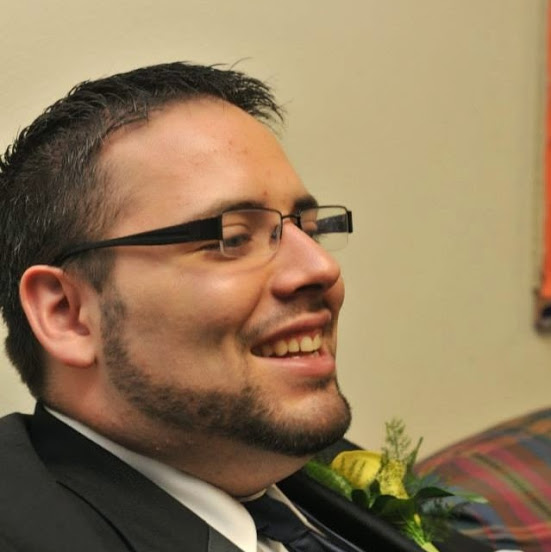 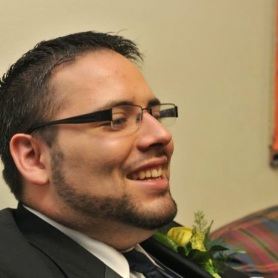 The Salvo Way: In Defence of The Salvation Army System

It’s not trendy. And for those who grew up with it or are quite familiar with it, the Army system, with its unique vocabulary and peculiar traditions, might even been regarded as defunct.

But our discipleship and leader training system, from junior soldiers through corps cadets, into senior soldier training and local officership and corps council, complete with orders and regulations, followed by options in candidateship and officer training, works.

Part of the problem is that we’ve forgotten what we are. As Major Harold Hill explains, in “Four Anchors From The Stern” (http://www.armybarmy.com/JAC/article2-64.html):

The Army’s own history, the history and doctrine of the church, the pattern of sociology, the Word of Scripture, all testify against any great need to be “a church”. Our own history provides us with a clear precedent for retaining our identity without resorting to denominationalism; the history and doctrine of the church provide an ecclesiological and theological base, the sociology of religious movements provides a rationale, and Scripture provides a mandate.

And we have orders and regulations, not suggestions and recommendations.

‘Obedience to properly constituted authority is the foundation of all moral excellence’ (Catherine Booth). That is fine in regard to ethics. But Florence Booth takes it further when she testifies:

Looking back over 44 years of officership, it seems to me impossible to speak too highly of the value and importance of Salvation Army discipline… I realised very clearly that if all leaders had a truer idea, a stricter ideal, of obedience to rules and regulations, a much greater advance would be made throughout the Army world. (cited in A Field For Exploits, 2012)

This isn’t popular today. But the issue is not that obedience to Orders and Regulations has been tried and found wanting but found ‘irrelevant’ and ‘obsolete’ (and maybe a little too ‘hard’?) and not tried.

Our desperation for success has sometimes led us far astray from Salvationism. You can possibly see for yourself corps in your division more or less imitating the Baptists, Pentecostals, and Anglicans and others (including poor substitutions of ‘church’ for ‘corps’, ‘service’ for ‘meeting’, ‘pastor’ for ‘officer’, ‘offering’ for ‘collection’, ‘committee’ for ‘council’, ‘member’ for ‘soldier’, etc.). The problem is that most of these methods and terms don’t work very well when clothed in Salvationism.

We are not free to make things up on the fly. We’re part of an Army. We’re actually obligated to apply the Army system. If you aren’t applying it, you are compromising The Salvation Army and limiting the pace of advance of the salvation war.

Applying non-salvo methods and programmes with non-salvo doctrines and non-salvo theology in attempts to mimic their success while we play the role pastor and church is doomed to failure.

Strategically, it is mistaken. The significant majority of Canadians have voted with their feet that ‘church’ is irrelevant. Why would we pretend to be a church?

Biblically, it is near-sighted. There are all kinds of biblical metaphors for the people of God – body, temple, vineyard, building, flock, etc. But the Army of God is not a metaphor – it is not compared to something it is not. We are engaged in actual spiritual warfare. Biblically we are on solid ground.

So, to present as a ‘church’ is neither accurate nor effective.

What goes for church goes for its leaders. In NIV ‘pastor’ turns up once – Ephesians 4:11, though the Greek word ‘poimen’ appears 18 times in the New Testament, 17 times being translated ‘shepherd’. ‘Pastor’ is a biblically rare synonym for the much more popular ‘shepherd’, which it makes much more strategic and biblical sense to use instead of the term ‘pastor’, packed as it is with negative connotative accretions today.

…Oh wait, except that shepherd relates to flock – a metaphor, in contrast with Army, in a very real spiritual war against the forces of evil.

So, let’s agree that ‘pastor’, being unbiblical and unpopular, is another term we should avoid.

We’re not embracing these things out of tradition or loyalty or some desperate insane stubbornness (or stubborn insanity). It’s just that our crucified and resurrected Lord and Savior, Jesus Christ, has lavished His love on us, transforming us from dreary, hopeless ne’er-do-wells slouching to heaven into mighty warriors who live to fight and fight with love,and has commissioned us to this wonder-working, world-winning mission through this divine marvel called, “The Salvation Army… the extremity of an extraordinary imagination made history. The wildest dream of the wildest dreamer materialized” (Evangeline Booth, The World’s Greatest Romance).

Although the concept of imitating God in our daily lives has been around for centuries in the form of the imitatio dei, “What Would Jesus Do” began as an idea in a book from 1897 by Charles Sheldon called In His Steps.  As a four-letter concept, it experienced a renaissance of sorts at various times throughout the twentieth century, and even now there are untold numbers of ways to sport WWJD with jewelry, buttons, books covers and even movies.

I like the idea of thinking through critical actions by posing that question. But I think there is a piece missing in the equation. Imagine for just a moment if Jesus, in the flesh once again and very much present in our twenty-first century world, were here to talk over some of the pressing questions of our time. Of course, this is what we’re supposed to be doing in prayer and meditation when we ask the WWJD question. But this time, Jesus is physically present and can answer out loud, as it were.

The missing piece is exposed when we’re forced to realize that much of the silent conversations we’ve been having around the WWJD questions—assuming we ask the question before we commit ourselves to action—have been rather one-sided. That’s because I think we unfortunately project our own way of thinking onto our conversation ‘partner’ and the result is hardly any different than if we came to the question with an answer already in our pockets.

To fill in that missing piece, we have to return to imagining Jesus here with us right now, grappling with the same issues we do. In a context and with issues simply not found in Scripture, or in Bible times, so to speak. The principles behind the issues are the same, though, so that’s where he’d start. He wouldn’t respond with a ready answer, perhaps, but Jesus would know where to begin working his way through the issues at hand, sorting through his priority list of principles, and then begin applying them in a way that is both right and just.

I think that’s how Jesus would do it. He’d have a process of thinking through it, one focused on identifying what’s at stake, what biblical principles might be involved, and then which of the principles should be given priority if any two or more them are odds. Just about any course of action has some measure of good in it, some reason to argue in favor of doing it, but some actions are better than others, and we ought to realize to make a moral and ethical choice is sometimes choosing between two otherwise good things.

The real key here is to read the Bible looking for the principles that Jesus favored, searching for his list of priorities. When faced with two actions that both plausibly have ‘biblical support’ it’s best to look at how Jesus went about deciding what to do. Jesus can become our model in making decisions when we seek to follow his method.

So here’s a proposal: instead of asking what Jesus would do, begin by thinking how Jesus would discover what to do. That’s the best education anyway, not just knowing the what, but knowing the how, the process necessary to get the whats and the whys and so on, of any given situation, especially those we haven’t faced before.

How would Jesus think…? I like that better than What would Jesus do. But don’t rush out and make any buttons with HWJT on them, okay? 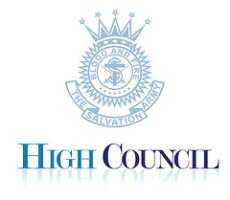 “ON the third morning of the 18th High Council of The Salvation Army, the Chaplain’s prayers centred on God’s people being united in the Spirit. Using the song ‘Saviour and Lord, We Pray to Thee’ (The Song Book of The Salvation Army 692) the Chaplain (Commissioner James Condon) emphasised the prayer being made: ‘Pour out thy Spirit … and let thy love thy will dictate.’

The members from the six Indian territories were invited to sing, and they presented a simple chorus: ‘Hallelujah, Praise the Lord!’ in which everyone was able to join. After members had spent time in prayer with one another the Chaplain concluded with words of Jesus: ‘I have given them the glory that you gave me, that they may be one as we are one – I in them and you in me – so that they may be brought to complete unity’ (John 17: 22, 23 New International Version).

The day’s business began with the Chair of the Questions Committee being invited to describe the work of the committee in compiling the proposed questionnaires for General and the spouse of the General. Commissioner Clive Adams explained that all questions submitted by members had been reviewed by the committee and had provided the basis for the final draft questionnaires which were considered and approved by the full council. This part of the High Council’s business concluded, the council moved to the nomination of candidates.

To prepare themselves for the next part of the proceedings members sang: ‘Here, Lord, assembled in thy name thy work to do, thy help we claim’ (Song 581). Reading from James 3, the Chaplain reminded everyone of the wisdom they needed, before offering prayer.

A quiet, prayerful atmosphere pervaded the chamber as members of the High Council received their nomination papers and left the room to fulfil the task entrusted to them. 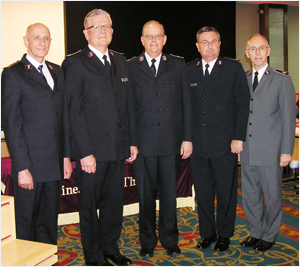 The candidates who have accepted nomination to stand for election to the office of General are: