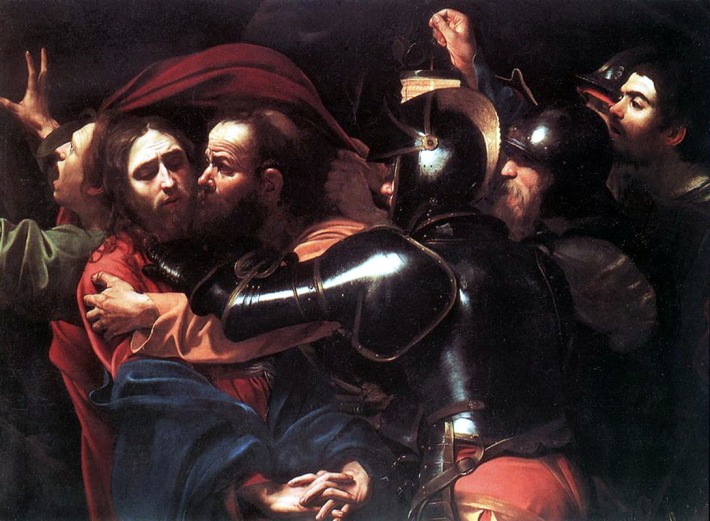 Jesus had just dropped a bomb shell on his disciples…well all but one.  Someone in this very room would betray Him.  Just minutes before this shocking revelation the ambiance in the room had bathed everyone in euphoric celebratory mood, but now no longer.  One moment the meal was satisfying and filling the next the bitter taste of bile and anger shattered all hope of joy and mirth.  “How can this be?”; they must have wondered.  Still others probably looked from one face to the next considering who it might be.  Could this be true?  Why would someone betray the Lord, let alone a disciple?  As each heart sunk , one in particular panicked   Judas, must have thought to himself, “well I’ve been found out, surely Jesus is going to reveal who it is and I will have to make a run for it”.  Afterall, though Judas loved money, he hadn’t really done it for the money.  Jesus was taking a long time in declaring himself Messiah, in Judas’ eyes he needed a little push and then all the chips would fall into place.  The people would then see that there was hope of revolution in Israel and freedom from Roman oppression.  At least that’s what Judas hoped would take place once Jesus’ secret was revealed.  But was it really a secret?  Hadn’t Jesus revealed who he was countless times through miracles and even through his own words?  Yet Judas was convinced that this time things would become crystal clear for those in Jerusalem.  Preparing his heart for this ‘betrayal’ was no easy feat, yet in his eyes it had to be done.  What was a little sacrifice for freedom or for being the one to reveal Messiah to the masses?

As Judas got up from the table, he couldn’t quite force himself to look his Teacher in the eyes.  A passing glance as he left the room revealed to Judas that there was disappointment on Jesus’ face.  As Judas then made his way out of the home that they were dining he must have told himself over and over again that he was doing the ‘right’ thing .  With this twisted conviction in his mind, he went and sought out the teachers of the law who would promise payment upon delivery.

Judas, at first must have thought that he could control the outcome, make a scene after Jesus’ arrest and force Jesus to declare himself King with His power as Messiah.  Afterall Judas had witnessed that power over a stormy sea and had seen many people healed with mere words from Jesus or a single touch.  Taking power and assuming His rightful place as King of Israel wouldn’t be that difficult.  All Judas had to do was force his hand…and force he did, but the outcome left Judas distraught and utterly demoralized.  Things had not gone according to plan.  He had assumed that they would hold a trial in public during the day, but that very night an illegal trial had taken place.  Judas also assumed that Jesus would defend his claim with power and might, but seemingly like a sheep to the slaughter Jesus was silent at first and even meek when He finally responded to their questions of His lineage as Son of God.  Again he knew he had made the wrong choice when the crowd, prompted by the Pharisees cried out for Barnabas rather than see an innocent man released.  Judas knew his plan had failed, and this very large gamble was going to leave him broke.  When Jesus was sentenced to death, Judas lost all hope of any kind of reprieve from this awful decision of betrayal.  Those thirty pieces of silver in his pouch seemed to weigh heavily on his conscience and in his coat pocket.  They almost seemed to cry out into his ear “this is how much your teacher’s life was worth to you?”

As bitterness and regret took the place of schemeing and plotting, Judas was left with nothing but emptiness inside his heart.  Nothing had gone according to plan and now having to face the consequences of his choice, Judas hated what he had become.  Standing in the light of his own guilt and shame Judas felt as if there was nothing left to live for.  All hope was gone.  Judas took out the thirty pieces of silver, blood money that he had been given for his part in the betrayal and threw it in the temple.  Feeling empty, broken and alone compiled with the remorse that he felt – there was no hope of salvation anymore for him – or so he thought.  He would end it…and end it he did by hanging himself.

Such a Shakespearean tale wrought with love, plotting, betrayal and an ending that leaves you wondering what might have been?
Yet we know often that perhaps there are still moments in our lives when we have betrayed Jesus.  When we have held our thirty pieces of silver in our hands and tossed a kiss Jesus’ way.  We might want to quickly condemn Judas for his actions, and rightly so, but we’ve all been Judas one time or another.  The only difference that I hope we can declare here is that we have been redeemed, that we yet have hope and that our lives are no longer cold and empty.  Though we can identify with our shortcomings in our faith and with our relationship to Jesus, He still comes back to us and says I love you…do you love me?   May our response to Jesus be one of love and victory because we were once lost but now Jesus has found us again.  That, my friends is an Amazing grace!
Happy Easter to you all!

2 thoughts on “The Judas Problem”