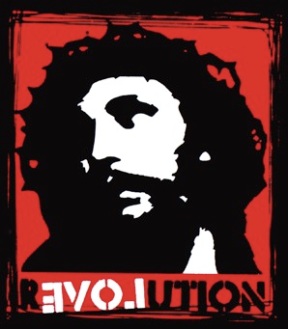 Dear Junior Soldier, Senior Soldier and Corps Cadet, this Army that you are growing up in is a living and breathing organism.  The purpose that I write this letter to you is to encourage you and to remind you that The Salvation Army is made up of more than just people but it is also and primarily a mission and a cause for Christ!   I humbly acknowledge that it is at times faulty and flawed.  I also acknowledge that there will be times that its soldiers and even officers are flawed.  We are all sinners saved by grace, yet holiness is not always everyone’s first priority in their identity as people and soldiers of God.

That being said, there are a few instructions I would like to leave with you as you develop and grow as first of all a child of God and secondly a soldier of our Army.

These instructions are as follows:

We all have to grow up in this world.  There are a lot of pressures and traps that as we grow older, become more and more appealing.  Temptations abound and as we mature with age we may begin to question the very foundations of our faith.   Some within our culture(s) may even tell you that what you grew up believing about the bible are very nice stories but that is all that they are.  DON’T BUY THE LIE!   Don’t let doubts consume you and especially be mindful of the fact that there so many people living contrary to scripture that they would love you to join them in order to justify their lifestyles and choices.  Don’t allow Satan to muddy the waters of morality and these Christ-like teachings that you are learning…keep them close!  As proverbs tells us, “Guard your hearts!” (Proverbs 4:23)

Also remember that though you may feel all alone at times because of this stand that you take for the cause of Christ, “Be strong and courageous!” (Joshua 1:9)  You are called to be a mighty warrior for God, and you ARE NOT ALONE!  God is and has equipped you for this spiritual war…so take confidence and never waver in your faith!

The battle that is waged in this world, as the apostle Paul so aptly put is ‘not against flesh and blood’.  The battle is very much a spiritual war!  And so many people are trapped within the confines of sin in this world, and if you are a soldier of God your objective is to be used by the Holy Spirit for the purposes of setting captives free.  We CANNOT do this in our own strength, nor by our own mortal wisdom.  We are mere conduits of Him who has sent us.  Don’t forget who has sent you and why we must soldier on!  Sin is the ultimate slaver and is Satan’s primary tool.  It is powerful and effective in a lost and dying world…but we who know the truth, we have been set free!   Christ has, by his blood and death, redeemed us and delivered us from this destructive path.   And since Christ has called all of us to this truth and then commanded us to ‘go into all the world’(Mark 16:15)…we must go!  We must fight on!

You probably didn’t have a choice growing up where you would worship.  You became a member of The Salvation Army most likely because your family came here…but know that this Army IS/SHOULD be a living and breathing organism.  By that I mean, the methods by which we convey the gospel of Jesus Christ ought to continue to be revolutionary and evolutionary!  If we are truly using these ‘heavenly weapons’ then we MUST rely on The Holy Spirit to guide us and equip us, thereby making us effective in this fight.  At times, the conduits by which we have employed these spiritual weapons need to change.   It is most certainly a fine line between relevancy and complete world immersion.  BE CAREFUL!  That as we employ these revolutionary tactics through evolutionary means that we do not lose our focus and become so like the world that we look nothing like Christ any longer.

That being said, you are the current pulse of a whole new generation!  The revolutionary methods we once employed, a generation ago, have become common place and static.  Therefore BE THE PULSE of Christ to your generation!  Employ new methods of ministry and evangelism in this Army that so desperately needs an adrenaline shot of passion once again!

If we are to survive as The Salvation Army that God intended, WE NEED YOU to revolutionize and make waves of change in an Army that has somewhat lost its forward momentum.   The Message of Christ is still relevant and vital to this world, but the methods by which we relay His love and grace has to continue to reach an ever evolving society and culture.   Proponents who insulate and protect traditions in our Army might argue that we don’t need to change and that we must plod on as we have always done…this line of thinking only serves to preserve what we’ve done in the past but doesn’t help to invest in what we will do in the present and the future.  WE MUST NEVER lose sight of where we’ve been and our rich heritage that we have inherited, BUT WE MUST BE UNAFRAID to risk much for the faith and cause of Christ!  This must be our identity as an Army if we are to survive and continue the battle God has placed us in.

Dear Junior Soldier, Senior Soldier and Corps Cadet member, I conclude this note to you with a word of encouragement:

Stand firm, be brave and never lose sight of the war that we wage as an Army.  Don’t let the internal battle, both in your heart and in the Organization discourage you or cause you to flee the cause!  Fight on and keep your focus on ‘Others’!  Use revolutionary means and evolutionary tactics to claim victories in the hearts of the lost.  And lastly, you are not a soldier who is by yourself in the midst of battle…never forget that!  There are other soldiers and officers who will gladly join you on the front lines…and if they fail to or abandon you they should be considered ‘unfit for duty’…move on and recruit others to soldier on beside you, keeping one another accountable through love and grace and purpose.

You are our future and present…gear up and prepare for battle!

A Captain in this Army and ongoing war! 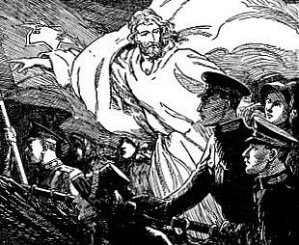