…if they aren’t sincere.

Everyone of us have heard these phrases.  We’ve probably even used them a time or two…and dare I say half of the time we haven’t truly meant them.  So why do we keep using these phrases?  To be nice?  To sound sincere?  Because it’s “church” lingo?  Why on earth would anyone come back to us seeking genuine help and support if what we’re saying isn’t actually backed up with truth and sincerity?

The Apostle Paul once said, “Therefore encourage one another and build each other up, just as in fact you are doing.” (1 Thessalonians 5:11) It sounds as if this church was doing what was necessary to support one another with love and with the correct words with action behind them.

Here’s a thought for us before we explore these four phrases…brothers and sisters in Christ: DON’T SAY THINGS THAT YOU DON’T TRULY MEAN!!!  Okay…moving on.

This is seemingly the most innocuous phrase we as Christians say to each other and to those who aren’t yet saved.  It might be within a sentence such as “I am so sorry you’re going through that right now, I will pray for you.” And then five minutes later when we have gone on our merry little ways we completely to forget to follow through with that promise.  Let me ask you this; how truthful, honest and sincere is that?  Don’t say things like “I will pray for you” if you don’t truly mean it!  No one knows if you will actually follow through with your promise…but God will.  I don’t say that to scare any of us, but if God knows our hearts why do we say things that we have no intention of committing to?  If you or I say “I will pray for you”…then DO IT!! 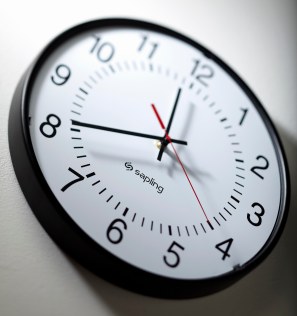 How could we possibly know that? Do you or I have a direct line to God?  Have we checked with Him regarding this person?  There are many different circumstances that we’ve either said this or heard someone say this to us.  At times it’s used to lord power over another or rationalize human/leadership decisions by making it sound as if God planned these human decisions.  I’m not saying that God doesn’t intervene, because He does, but don’t try to explain away your/our/others decisions by saying “it’s not the Lord’s timing”…unless you have received true discernment from the Lord Himself.  (That last sentence in and of itself is another conversation for another time)

This one ruffles my feathers.  Admittedly this specific phrase is a pet peeve of mine.  Does God truly “open doors”?  I know He can provide inspiration and direction for our lives and in certain specific people in this world I imagine He calls very clearly…but opening doors?   Perhaps you will disagree with me on this and that’s fine, but there are times when we use this phrase flippantly instead of asking the right questions.  It can become an escape mechanism for some to bail on the hard path in pursuit of an easier path.  If we’re not asking additional questions to fellow Christians about their specific circumstances and instead we use this phrase, we could be giving them a green light to bail.

Secondly, we could use this phrase in order to be rid of a certain person in our lives too.  Ask yourself before using this phrase (if you plan to use this phrase) is this what I discern God to be saying to me about this situation?  Am I sincere in what I’m saying here, or am I just trying to give permission to a fellow believer to walk away?  I do believe, however, that God blesses whatever pathway we choose in life as long as He is at the forefront of that relationship.  His plans for us sometimes may be specific and at other times can be left to us to decide upon.

Be a sincere encourager!

If we use these phrases and lack the sincerity coupled with genuine compassion for our fellow believer we could do more harm than good.  Be careful how you use words!  Be careful how your counsel and offer advice.  Consider not only your motivation but also how we can lift each other up and genuinely care for each other as fellow sojourners of the cross!

-Just something else to ponder.