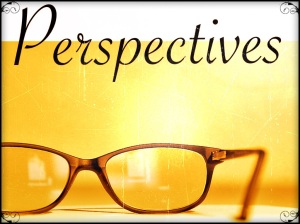 Reminiscing; a song written by Graeham Goble of the Little River Band in 1978. While this song received ample air play on many radio stations during the late 70’s and early 80’s, it has unfortunately faded into relative obscurity. After all, the song is about ‘looking back’, and in todays hurried culture most people seem intent on ‘living in the moment.’ Yet this lively and upbeat piece of music still affects me today as I skim through my state of the art Ipod. The song delves into the writer’s memories of a time period, seemingly removed from today’s progressive pace of life. He writes romantically of his pursuit of that one special lady whom he wishes to ‘build his world around’. He croons nostalgically of the joy which he and his love experienced as they danced across the floor to Glenn Miller’s band which was ‘better than before.’ He then tells us of their present condition, when he intones “older times we’re missing, spending the hours, reminiscing.”

Reminiscing…..thinking about the past with an intense yearning to re-live those days which excite your memory. When those memories are shared, they can ignite a much needed spark in a relationship which may have waned over the years.
Many things can cause romance to lose its spark; too much time spent at work, the numerous events involving our children as they grow and mature, wasted hours in front of the television, exhaustion from little sleep. All of these challenges whittle away at the precious commodity of time, and in doing so tend to cause an imbalance in even the best of relationships.

The ultimate question is for the couple who wants to both maintain and strengthen their marriage. Is there a way to rekindle that spark which initially set your romance aflame? Or are we going to choose to be bound by those self-made schedules which in turn allow us little to no time to creatively explore our partnership with our wives/husbands?

The singer of reminiscing reminds us of a simple, yet poignant point. He reminds us of the way in which their romance started, singing “That’s the way it began, we were hand in hand.” To be hand in hand with your partner in life, and in ministry. To be united in love, under God, and with His desire that your love be expressed to one another. To make sure that the love you have for your partner remains fresh and alive, and does not become stagnant.

Is this an easy task? Not at all. It requires an effort by both partners; an effort to step beyond the status quo, and into the potential of re-discovery. It also takes commitment to achieve this, commitment to one another, which in turn will hopefully flow into romance. Further, it demands dedication; to not give up despite the hardships which you may discover as you seek that time together. To keep trying, keep seeking, keep that spark alive. Hopefully, it was there on your wedding day. Prayerfully, it is still there. We just need to re-discover it……and if it takes “reminiscing” to do so, then so be it! Let God’s love, which is ever new, and ever exciting, lead you into a greater commitment to your partner. Let your marriage be one filled with excitement, as God created marriage to be!