There’s no question that General and Founder of The Salvation Army William Booth was a man on a mission.  He and His wife Catherine Booth were pivotal in starting something powerful within the World, yet I have to wonder if there was ever a trade-off with his passion.  We know some of the famous speeches like the “I’ll fight to the very end” speech and the phrase “do something” in speaking to Bramwell about a homeless situation.  There is no doubt both William and Catherine Booth were visionaries and innovators within a mission that ignited the foundation of this Army.  They are both revered and loved…

There is a danger of being a visionary.
There can be a trade-off and sacrifices can be made along the way of blazing a trail.
Without a doubt we know Booth to be a great General, albeit our first general, but was he a good father as well?   From most historical accounts one might draw a startling contrast from founder to father. 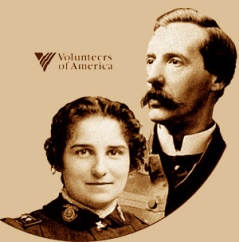 Truth:
If Ballington Booth had not resigned within the Army the Volunteers of America would not have been founded, but why did Ballington leave the army?  He and his father did not see eye to eye.  Sure disagreements happen in families, but basically William Booth labeled his own family member a deserter to the cause.  In essence Booth excommunicated his own kin.  I certainly don’t think this is “father of the year” material.  However, in the heat of the moment, I can see regrettable comments being said and the damage being done.

Still…
Family is our first ministry, our first priority.  I am not blaming our founder, but I do see warning signs of overworking oneself and sacrificing family for the sake of a cause.  Two things can take place when we overwork ourselves –

Have you ever worked on a project so hard that you just had to step back from it to gain better perspective?  It seems to me that everyone of us can be guilty of tunnel vision from time to time because we are so success/vision focused.  If Jesus had to get away and be alone with the Father, so too must we.  We need to have a clear perspective, but if we overwork ourselves we will sacrifice something in the process.  It is like staring at the bark of a massive tree, but we wouldn’t know how great a tree it is until we took a few steps back so that our vision could refocus and we gain a broader outlook. 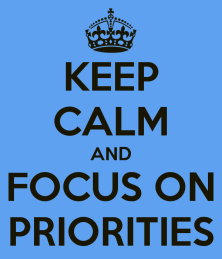 Secondly, we can lose the true order of priorities when we overwork ourselves.  Suddenly the mission becomes the only thing that is important, and we begin to lose the support cast (and family) around us.  God first, family and then our mission…if we discombobulate these we run the risk of losing everything.

These are just two lessons that I see when I consider The Salvation Army’s founder William Booth.  Yes he was a great man.  Yes his wife Catherine was the true driving force.  Yes an Army grew and lives were changed…but could family matters have been handled better in the process?   Is there something for us to learn from this as well?  Perhaps for starters stop placing Booth on some sort of deified platform.  He was, after all, still a man with imperfections like the rest of us.  I’m not saying don’t admire what he and Catherine accomplished, but be careful how much you revere the man.  Secondly, yes hard work does pay off, but be careful not to sacrifice your children and families in the process.

Live a disciplined life but find rest and grace in the process.

-Just some random ponderings of The Salvation Army today.