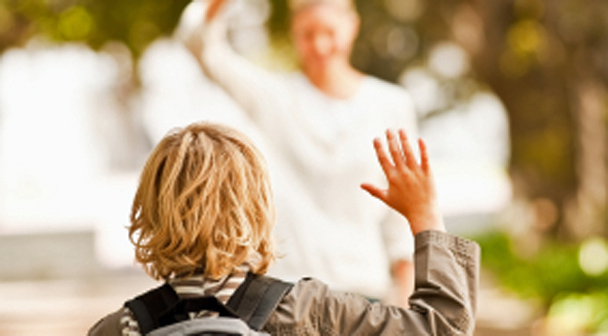 Children file one by one
heads slumped
the look of defeat on their faces,
backpacks slung precariously over their shoulders
weighed down heavily as they take that first,
languishing step onto the school bus.
It is yellow with black stripes
resembling the bumbles bees in the garden
as they stopped to visit flower after flower. 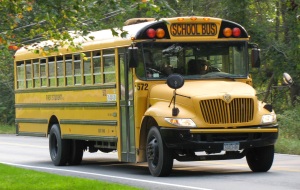 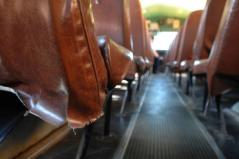 and blue ‘bic’ pens which tattooed names
and not so nice words just beyond the prying
eyes of the bus driver.

Taking the seat closest to the back
right over the wheel well…(great! less room)
the view from the prison window which only
fell halfway, dampening the sticky air
with smells of diesel exhaust,
You look out…discontent,
a little sad and crestfallen
where had the Summer gone?
In a blink.
Faster than the promise of this next
long winter…she was gone.

Parents, standing at the bus stop
cameras in hand, smiling and eagerly
wave their hands to show support
while others throw a few ‘thumbs-up’ our way.
But we don’t see them through this din.
We, the children of the summer…
we only see her wave one last time
as a sliver of sun light touches our seats
warming us one last time…it stretches out over us
bathing us once more
as if in farewell…
the light leans in close for a final hug
touching shoulders and backpacks
and on our skin,
as our eyes wet our cheeks.
She waves goodbye…until next time.
S E. Strissel 9/1/14