I believe that one of the major failings of the “Seeker Sensitive” movement is that many times it became a numbers game with very little by way of discipleship after repentance.  Do we do this still in our Corps, dear Army?  We are “over the moon” about seekers coming to the altar, but then we don’t really know what to do with them once they come.   BUT…Is that it?

I don’t wish to point fingers because I realize that I am also pointing at me.

I am not always very good at the “what happens next phase”.
In the old Army, there are numerous stories of drunkards becoming gloriously saved.  The amazing thing was that the old Army soldiers and officers knew what to do next.  These drunkards had a perpetual problem of the habitual kind.   Once such story recounts how this drunkard, now saved knew he had to change his old patterns of life, so each day after work this man was met at the doors of his place of employment by fellow members of The Salvation Army.  They literally walked him to and from work each day for the purpose of helping him overcome his addiction at the local bar.  That is truly determination.  That is truly going the extra mile.

How are we going the extra mile? 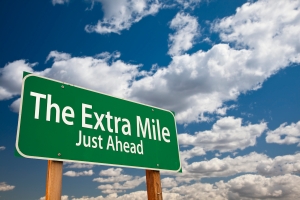 -It is apathy and the lack of concern for the “continuance in a state of salvation…” of ourselves and others. (Doctrine #9)
-It is forced fellowship without love.

-It is the Monopoly game “get out of jail” card type of repentance where the rationale “I can always come back and ask for forgiveness next Sunday at the altar” is uttered in our hearts but sincerity and true repentance is lacking.
-It is more concern for the preservation of program than the preservation and salvation of souls.

-It is found in our surfaced, shallow calls for forgiveness but never the reconciliation of believers.
-It is acceptance of sin and a lack of conviction to call out sin within the body of Christ.
-It is ignore the Holy Spirit’s promptings to relinquish control over those deeply hidden strongholds of the heart.

Cheap Grace still exists, but many times we’ve become so blind to it.
It is almost common place.
We cry out sins in the street and lifestyles in our culture and yet we don’t talk about unmarried soldiers living together without the bonds of marriage.  We decry the plight of people “over there” yet we don’t really take the time to look into the eyes of people in our buildings and around our neighborhoods.

Again, I don’t say this to point fingers that I am not willing to first point at me.
I have blindly accepted cheap grace from time to time.
I am still in need of forgiveness and to give that forgiveness to others.
I have at times ignored the Holy Spirit’s plea in my own life to tear down remaining strongholds of my heart.
I too confess that I have not always discipled as I should.
I have not always taken the time to truly fellowship with other believers that helps to sharpen iron and forge holy communion with one another…

Doctrine #7 says this:
“We believe that repentance toward God, faith in our Lord Jesus Christ and regeneration by the Holy Spirit are necessary to salvation.”

Yes, cheap grace still exists.
I am still working to eradicate it from my life, how about you?
Something more for our Army world to ponder today.
To God be the glory!