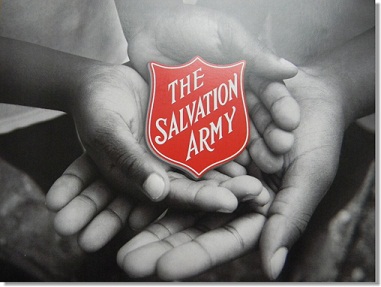 My Social Services Director called me out of a meeting recently.
It was a Saturday afternoon, and we were engaged in a training session with a number of volunteers.   My mind was on other things when she pulled me out of the meeting.  I was slightly annoyed, having been focused on the topic at hand.  I was convinced the call at the front door, the reason she was pulling me away, had to do with yet another client seeking service, but not really needing it.  Exhaling a little as we walked toward the front entryway, I attempted to switch gears.  I attempted to put on my “pastor” hat and perhaps even my administrator persona.   Rounding the corner I didn’t find just another client, I found a family desperately trying to hold it together.

Their son, Brandon, sat in a chair nearest me looking disheveled and fidgety.  He wore a long sleeved shirt on a hot spring day in order to cover up the track marks on his body.   I reached to shake his hand and asked for his name.  He gave it, but I could barely make it out because he had so much chewing tobacco in his mouth.  His mother told us his sad story.  Brandon was a drug addict.  He had burned all of his bridges at home, his church, and his extended family wanted nothing to do with him.  His parents were bringing him to The Salvation Army because he could no longer remain in their home.  His addiction had consumed him and he had begun stealing things in order to pay for his next fix.  Essentially his addiction had made him homeless.

With tears in his mother’s eyes, she told me his story.  How he had become addicted to 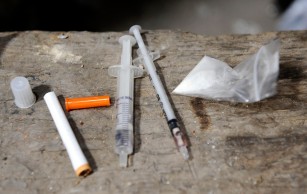 heroin.  How he had a 7 year old daughter that he could no longer see because drugs had become more important.  He sat there long faced with sunken eyes,  a shell of what he once had been. Brandon had not used in six days, and he was feeling the effects of withdrawal.  In that small waiting room, parents were clinging to one final hope.  A hope that would take a miracle in preventing their son from dying of an imminent drug overdose.  Brandon’s parents had brought him to us because there was no where else to go.

I had entered this room full of cynicism and judgement, I had been humbled and suddenly struck by their pain and anguish.  That small waiting room that usually housed a reception desk and a few chairs, became our sanctuary of prayer.  I asked Brandon if I could pray with him.  His mother and father joined us.  We prayed over Brandon’s circumstances.  We pleaded with God to grant him the strength to fight his drug cravings for one more day.  Tears flowed, and my heart was rent.  Can you imagine being a parent to a drug addict?  Can you imagine what it must feel like watching your child become someone else, someone whose life is self-destructing because of drugs?

We prayed for Brandon.  We earnestly prayed with Brandon.  We held on in our prayer circle for as long as we could.  We gave God this pleading.  We prayed through tears…
Brandon was not ready to enter rehabilitation.
He had not hit rock bottom yet…be he was so close.  He teetered on the edge of overdose and death or rock bottom and possible salvation.

As his parents left and made their way to the homeless shelter to drop Brandon off, I couldn’t help but feel deeply burdened by his story.  Sure, he had gotten there by his own choices.  He was a victim of his own addictions, but he could not quit…and it was killing him.  Brandon had burned all of his bridges, even his parents, who loved him, had to let go.  I know they weren’t giving up on him, but they had to relinquish their protection of him.  They had to release him, which was an act of true tough love.

I wonder how many other Brandons there are out there?
How many of them will be brought to our doors?
How many tears will it take?  Enough to fill an ocean?
How many broken promises will there be before this disease is eradicated?
How many heart broken parents will it take before sons and daughters will realize the true cost?

Unfortunately, Brandon’s story isn’t unique.
Many lives have been swept away by the use of “recreational” drugs.
As I stood there and watched him leave with his parents, I couldn’t help but feel a deep burden for him.
The Salvation Army was their last resort.
No one else would take him.
They had no where else to turn.

Isn’t that why we are here? 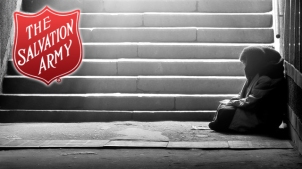 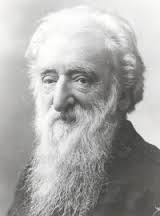 One thought on “Dear Salvationist, This Is Why We Are Here”