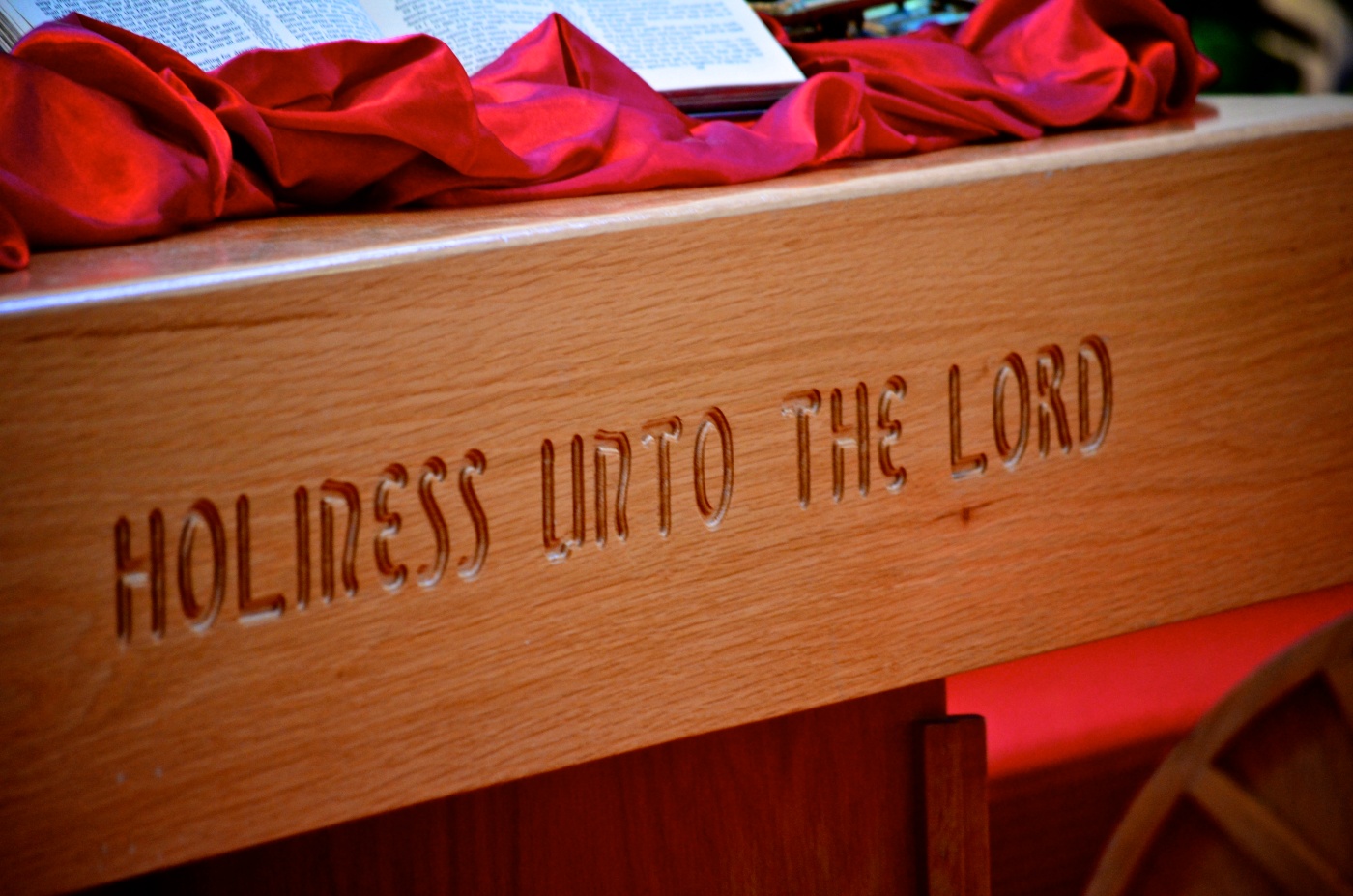 Why do we have this large table in the front of our sanctuaries? What is it for?  Is it for decoration?  Is it to accompany the old modesty rails?  What purpose does it serve?

Have you ever wondered these questions?  -So have I!
So I pondered on this, I did a little digging…and here’s what I know: 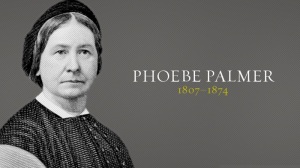 Sometimes we see the term “theology” and automatically stop paying attention because some theologies are either so convoluted and dry or they are way too complicated.  Palmer’s Altar Theology is neither.  In fact, it is the very life-blood which gave birth to The Salvation Army’s Holiness theology.  Much of who we are, theologically, can be traced to the turn of the century Holiness/Higher Life Movements.  These evangelists, Palmer being a major contributor, incorporated a major focal point in their service: a call to take a stand, come forward to the Holiness Altar and receive the second blessing, i.e. Entire Sanctification.  This was less a place of kneeling (like our modern day Altar) and more a place to literally take a stand and receive this second blessing.

A lot has changed since the days of Palmer, yet this Holiness table still remains, but predominantly in the United States and England.

Is The Holiness Table Just A Relic Now? 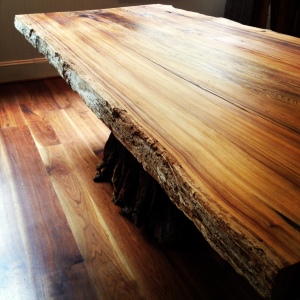 Few understand its significance anymore.
Very little is taught on it.   Is it still important to the Army, or is it just a relic of a bygone era?
This table has now become a place to put flowers, where the offering plates most likely reside, and perhaps a very large Bible with illustrated pictures.   Have we lost some of our understanding of Holiness because we no longer understand what a Holiness Table is for?

Major Phil Davisson, author of Revelation: A non-scary approach Volume 1 put it this way when I asked him about the Holiness Table; 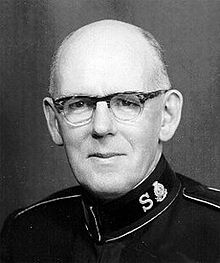 “We should teach about holiness but emphasize Coutts (General Frederick Coutts) more…The table itself has had little resonance because it has become a display table, and because no one–neither soldiers nor officers–have a very deep experiential knowledge of holiness living, and have been put off by second-blessing / second work of grace confusions…”  Could it be that our lack of teaching is to blame for its near extinction?

Major Jim Garrington recently told me that he himself has given little to no thought of the Holiness Table itself and stresses the education of our soldiers as a must have in worship.  If we are to use it, our soldiers ought to know what is going on.  He went on to say that he is more interested in the outcomes and less the methodology of getting there.   I would tend to agree with Major Garrington,  as well as the thoughts of Major Davisson.

Am I making too much of this modern day center piece?
I requested more information from other scholars and historians of The Salvation Army and very few responded to my requests, which makes me wonder even more as to its perceived relevance in our modern worship and/or even historian’s understanding of such an item.  Perhaps it is understood that the Altar (mercy seat) has, in some way, taken the place of the Holiness table as the site of repentance and commitment (or re-commitment to Christ)…but what of the Holiness table then?  Has it become a sacred cow of sorts?  A glorified decoration table?

Steve Simms, author of Beyond Church: The Lost Word Of The Bible – Ekklesia, is also a faithful Soldier with the rank of Sargent (Envoy) in the Nashville Tennessee area; I asked Steve his take on the Holiness Table, its significance in our Army today.  Here’s what he said; “Personally I believe the holiness table was “sacramental” for the early Salvationists (in the best sense of the word). It was a physical object (location) that they could approach to help them release their faith beyond their physical environment and circumstances and touch the supernatural presence of the living, resurrected Jesus…Thus, the table itself is not the goal. The goal is to go beyond the table, encounter, and surrender to the living Jesus…Although the early Salvationists set aside the official sacraments of church, they (unintentionally, I believe) raised other things to the level of sacraments. Truth is, sacramental objects and/or actions are not supposed to be the center of attention. Their purpose is merely to lift our attention beyond our natural surroundings and focus it on the real presence of the living Christ. Once we are enthralled in the presence of Jesus, those things fade into the background.  (examples of things treated like sacraments in TSA are the holiness table, the uniform, the soldier’s covenant, and various ceremonies we conduct.”

Steve raises an excellent point here as well!
Perhaps in exploring and even maintaining the Holiness Table we have inadvertently made it a sacramental item – and something it was never intended to be.   Also, Garrington’s point is further solidified by Simms, in that it was never about the object, or in this case, the furniture in our worship halls – it is, and always should be, about the very presence of God living amongst His people. The outcome of worship, and every element within, should point to a glorified Christ preparing us to be like Him in every way!

Steve Bussey, who wrote an extensive article on the History of the Holiness Table entitled Discovering The Origin of the Holiness Table , and with whom I hope to interview next time, writes this at the end of his article that I believe summarizes where I believe we stand currently, “General Paul Radar is quoted Nigel Bovey in The Mercy Seat Revisited (2010) as saying, “The presence of the Holiness Table is a constant reminder of the central importance of the holiness of heart in the life of our Movement – a reminder that we are and must be a holiness movement.  Ours is a gospel of Blood and Fire!” (p.90)

Army Ponderings Continued…
I do not believe we have finished this discussion, I believe we have only just begun.
Next time, I will have some additional contributors as we delve further into this topic.
But for now here are somethings to ponder:
*  Is the Holiness Table still significant in modern worship?
*  Do we inadvertently make certain objects and practices into our own sacraments – even though we perceive ourselves to be non-sacramentalists?
*  Should we educate our soldiers and officers more about the Holiness Table and perhaps even reconsider our Holiness Approach and make more of an effort to circulate more of General Coutt’s ‘take’ on holiness?
*  Where do we go from here?  Do we remove the Holiness Tables from our halls if they have become decorating tables?  Or do we overlook this so that our outcomes and focal point is always Christ?

Something more for our Army world to ponder today!
For more reading on this subject, please check out these sources:
Discovering the Origin of The Holiness Table  – By Steve Bussey
Called to be God’s People – by Robert Street
Articles & Blog – by Steve Simms
Phoebe Palmer’s Altar Theology – by Lampstand Restoration
Phoebe Palmer History – by Barbara A. Howie

5 thoughts on “Dear Salvation Army, What’s The Reason For The Holiness Table?”