Eclipsed by the Son

“I have been crucified with Christ and I no longer live, but Christ lives in me. The life I now live in the body, I live by faith in the Son of God, who loved me and gave himself for me.” Galatians 2:20

This coming Monday there will be a much anticipated global event – the solar eclipse of 2017.  The last time a solar eclipse of this magnitude occurred was 1918…we’re talking a coast to coast (United States that is) total eclipse of the sun.  (cue the song – total eclipse of the heart…)  Many cities, like mine, have sold out of glasses.  My son stood in line for three hours today in order to buy a couple of pairs, there were people in lawn chairs.  It’s simply astounding. 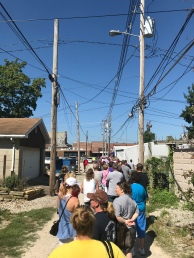 People are excited.
Schools are giving parents the option to keep their children home this Monday so families can watch the eclipse together.
There are of course the doomsdayers out there who are calling for the end of the world, or an alien invasion…there’s always a few crackpots out there.

I don’t know about you, but I am in awe of God’s creation.
He spoke our world into existence.
He formed us out of clay and dirt.
God breathed life into our lungs…and here we are attempting to take in the majesty of God’s amazing artistry.  The Universe is vast, and yet in the tremendously immense expanse, God comes down to our level and wishes to fellowship with us.  He loves His creation, despite our fallen nature and sin that permeates us on a molecular level.  His love extends to us all the way to a cross with 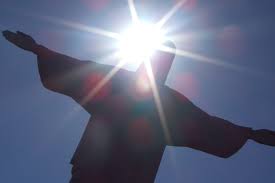 His only Son dying in our place.
This.
Is.
What.
Love.
Looks.
Like!

Jesus, God’s Son – faced death on a cross so that we could be made worthy of standing in the very presence of God once more; for the purpose of fellowship and restoration!   Salvation is found in Christ alone!

Then this Jewish zealot, by the name of Saul perceived the Christ-followers to be blasphemous and heretical, so he sought to cleanse the Hebrew world of them.  He began to seek them out and bring them to his perceived understanding of godly justice.  He looked on with approval when Stephen, the first Christian martyr, was stoned to death.  He pressed onward, in the hopes of exposing them all in his righteous religious cleansing campaign… but God had other plans for Saul.

On his way to Damascus, Christ showed up in all of His glory – pouring so much light into 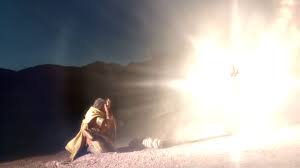 the eyes of this zealot that it seared him blind. Saul was then confronted by Christ himself.  He was forced to answer the question of why he had been persecuting God’s Son – the Messiah.   Only later, when the scales had fallen from his eyes and he began a new mission – to preach Christ to the world, did he truly begin to live.  He had been eclipsed you see (pun intended).  Paul – had been eclipsed by the Son and he would never be the same again.  From that point on he had one purpose, one mission, one life and that life was Christ’s alone!  He would pour out himself upon others as a fragrant offering to God.  He would invest himself in the lives of new believers…even from a prison cell hundreds of miles away.

He declare in Galatians 2:20 “For I have been crucified with Christ and I no longer live, but Christ lives in me. The life I now live in the body, I live by faith in the Son of God, who loved me and gave himself for me.”  Paul was eclipsed by the Son of God, and his life became a vessel that enabled the world to be changed!! 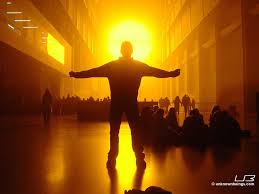 Has the Son Eclipsed our lives?  This is what Holiness looks like – us dying to our old sinful selves and living for Christ alone – through the amazing power of the Holy Spirit!!

Let me ask you, have YOU allowed Him access to the very fiber of your existence, or are you holding back a portion just for yourself?  Can you make this bold claim as Paul once did, “I have been crucified WITH Christ and I no longer live but Christ lives in me.”

A total solar eclipse may only arrive once every 90 years or so, but on a daily basis – Christ comes to us and longs to shine His mercy and love in and through us.  How is your relationship with Him today?  Has your light gone out?  Are you in need of more of His grace?  Call out to Him, He is never far from you.  Begin to live for Him again and be willing to be eclipsed by the Son so that others might find Him!