Dear fellow Ponderers…
I have been dragging my feet in writing this for some time.
Not because I didn’t want to write this edition to Pastorsponderings, but rather because I want to be careful in how I broach this conversation.  I do not wish to offend and upset you – the reader.   Some will no doubt become offended anyway, and I have come to terms with the fact that I will not always make everyone happy – that’s a fool’s errand anyway.

Perhaps in light of this Holy Week that we are all entering into we might also reflect on the Passover feast that Jesus participated in with His disciples…what we now call “The Last Supper”.

Thus, I write this with the utmost sensitivity and respect.

I have been contemplating the topic of Communion once again
(See previous conversations on this:
https://pastorsponderings.org/2014/07/23/dear-salvation-army-communion-survey-results/

Is Communion Considered Taboo in our Army?
Within The Salvation Army, even the conversation of the Lord’s Table/Supper/Communion has become a taboo topic.  It is almost as if we are forbidden to talk about it, let alone partake in this ceremony.  Some have postulated that despite not participating in this ceremony, we have created our own sacred ceremonies in place of it, thus making the argument that we are non-sacramental in practice null and void.

I fear that failure to discuss such topics within our Army can lead to a polarization of our theological perspective, and variants of our doctrine might splinter and break off (as in some locations, it already has).

Some within our Army would treat the topic of communion with deep disdain to the point that the practice of it is almost treated as an organizational sin.  It is my estimation that too much focus on such a topic in this light is a waste of time and not conducive to unity within our Army.  There should be more open dialogue on this topic as I believe there should be on the topic of baptism.   -Someone will inevitably lambaste me for that, but that would just prove my point that we treat such innocent conversations on the topic as complete taboo and even sinful to even mention, which is ludicrous.

Is Communion Misunderstood In The Universal Church?
In Luke 22 it is recorded the celebration of Passover that Jesus and His disciples were partaking of.  This has now been dubbed “the Last Supper”, where Jesus knew that the time had come for Him to fulfill the final act of Salvation in His false trial, torture, and death by crucifixion.  Thus, Jesus reclines with His disciples and takes in these final private moments with those He is closest with:

14 When the hour came, Jesus and his apostles reclined at the table.15 And he said to them, “I have eagerly desired to eat this Passover with you before I suffer. 16 For I tell you, I will not eat it again until it finds fulfillment in the kingdom of God.”

17 After taking the cup, he gave thanks and said, “Take this and divide it among you. 18 For I tell you I will not drink again from the fruit of the vine until the kingdom of God comes.”

Could it be that over the centuries the emphasis (or fixation) upon the bread and wine have been misplaced?  Didn’t Jesus preach in parable and often teach as Rabbis of His day taught?  With questions and metaphor?  When Jesus spoke of doing “this” in remembrance of me, is it not possible that it wasn’t just the bread and wine He was talking about, but rather the entire dinner together, the fellowship and unity of disciples?  Is it possible that instead of coming together just to contemplate the bread and the wine, the whole ceremony of remembrance is just as vital?   Coupled with the remembrance, the unifying love of Christ that binds it all together is the common denominator.  So much so, that when the disciples gathered in another upper room together in perfect unity, they encountered the second blessing an the day of Pentecost?  (Acts 2:1-31)

Perhaps, it is in the very practice of gathering in unity and prayer that we find the proper practice of Communion to be viable and appropriate – even commanded by Christ Himself.  After all, didn’t Jesus also pray for unity of the believers when we said, “ that they may all be one, just as you, Father, are in me, and I in you, that they also may be in us, so that the world may believe that you have sent me.” (John 17:21)

Dear Salvation Army,
Let me ask you a question:  When are our Soldiers unified with the love of Christ?
When is it that we remember Jesus as our Savior and source of resurrection power?
Would you suggest that it is when we gather in times of confession, of worship, of fellowship?  When does the mission of Christ within our Army become the most galvanized and evident in the body of believers? 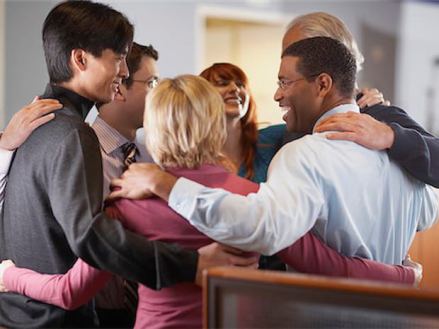 Is there a time for ceremony and formal recognition?  Of course!
What do those intentionally consecrated moments look like?
Could it be that Communion has been vilified in our Army?  (Perhaps that is too strong a word)…
Is it possible that what Communion truly is – is the coming together of His disciples in fellowship and unity instead of mere ceremony?  Can we do this over a meal together? 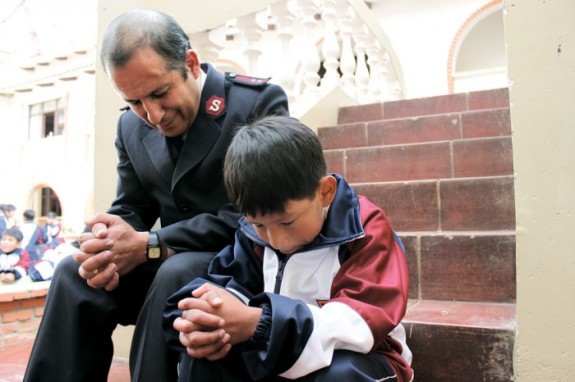 Perhaps instead on the over emphasis of the elements we have lost sight of the One who broke the bread and poured the wine?

What do YOU think?
Post your comments below and let’s continue this pondering together.

*Disclaimer:  The views expressed here are of the author’s views and do not necessarily reflect the views of The Salvation Army.  Reader desecration is advised. *

38 thoughts on “Dear Salvation Army: Communion, It’s Not What You Think It Is…”