In reference to last week’s update on the office of General and that of our call to prayer, I would like to explore a little on the topic of how the Generals of The Salvation Army are elected. Of course usually an election of the General takes place at the end of the term of a General or when they reach the age of retirement. This time, however, circumstances as they are the High Council will convene hopefully some time later this Summer, in order to elect our next General of The Salvation Army.

As mentioned last week, General Linda Bond entered retirement abruptly and in the wake of her retirement the Chief of the Staff, Commissioner Andre’ Cox will lead this Army in the interim until the High Council is able to meet.

It is interesting to note who makes up the High Council and those with a casting vote. Territorial Commanders from around the world, some times this has numbered 100, last election cycle this numbered 109. These international and IHQ Leaders will gather together for prayer, deliberation and finally a decision. I would welcome your take on the High Councils process, and additional information that perhaps I have overlooked. I also recognize that when the High Council convenes they do so with reverent intent and much prayer. Though every church has its politicking, I would tend to regard this electoral process as prayerful and deliberately considerate of many things including age of specific candidates as well as the needs of our Army as a whole.

***Updated:  Since I initially wrote this the official Summons has been sent to all Territorial Leaders around the world and High Council will begin Monday, July 29th, 2013 at the Renaissance London Heathrow Hotel.  What I find encouraging about this process is that three days prior to the beginning of the High Council and its election process, starting on Friday, July 26th leaders will convene for prayer. *** 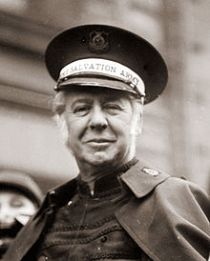 It is interesting to note some of the history of the High Council. The Salvation Army High Council can remove Generals from active service should the present General have health issues which would make them unfit to serve. This has only happened one time in its 109 years in existence when the then General Bramwell Booth was away from International Headquarters for several months time due to ‘health’ and he was asked to resign, when Bramwell, who was then 73 years old, refused a High Council was called and convened to vote for his removal. With a vote of 55 to 8, the High Council followed through with its plan to remove General Bramwell Booth as leader of The Salvation Army. The only problem was that General Bramwell Booth wasn’t ready to relinquish his role as General and Commander of the Army. He took his case to parliament (court) and hoped that a different result would come of the British court system getting involved. His attempt, however, failed and after two months of deliberations the court ruled in favor to uphold the High Council’s decision to have Booth removed as General.

Here is a good book for further reading on the above topic, written by General John Larrson: 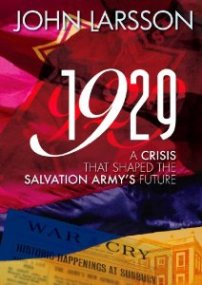 As mentioned before please continue to keep The Salvation Army leadership in your prayers as well as the Chief of the Staff Commissioner Andre’ Cox as he leads us in the interim.

Here is a link to see how the day to day proceedings from 2011 took place:

Currently we are unsure as to when this event will take place, but we do know that the High Council will be called and will convene later this summer, 2013.

I will attempt to post updates when possible. Here are a couple of links to help anyone interested in learning more about the high council and how it works:

A CALL TO A MONTH OF PRAYER: https://scottstrissel.wordpress.com/2013/06/21/general-election-an-officers-perspective-and-a-call-to-a-month-of-prayer/