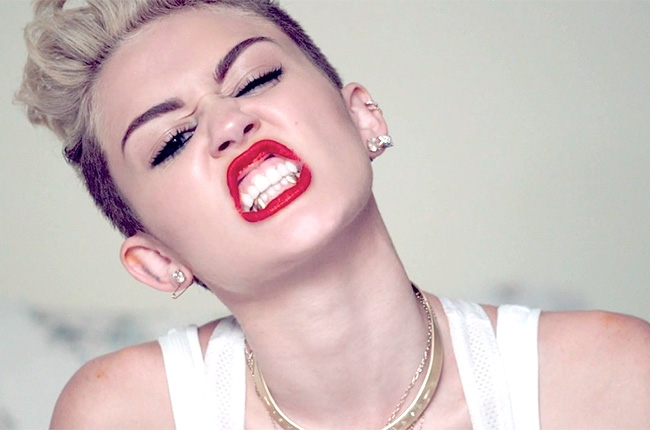 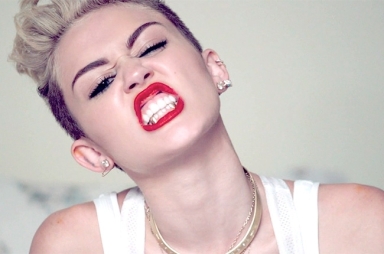 I don’t mean to be rude or hurtful today, that’s not my intention. What I mean by that is this: Miley Cyrus…please stop! I think it’s safe to say that there are so many fathers out there shaking their heads in disgust. Is this what we want our daughters to become? You started out as a Disney star…kids looked up to you. I taught Sunday school and there were little girls who wore your Hannah Montana t-shirts. They wanted to not only meet you, they wanted to be you.

Now don’t get me wrong, it’s not healthy to want to be someone else, but when you’re on a public stage in this world, people will listen to you. People, specifically kids, will want to look up to you as a role model…and right now the life you’re modeling on stage makes me sick. It not only comes across as a desperate ploy to maintain a certain status and lifestyle, but it also comes across as extremely derogatory to the entire female gender. I don’t mean to sound hurtful, but your actions will have consequences and those consequences, like a ripple effect on a pond will impact the lives of many young impressionable girls in our world.

I know some could argue; “it’s her life let her live it the way she wants to“…rightly so, but at the same time how you conduct yourself and act on a stage like you did recently at the VMA’s is deplorable, and simply lacks musical substance and craves for any kind of public attention.

Here’s some advice, stop trying to be someone you’re not. Stop shocking the world with your antics…it’s the same tired old routine tried by many, many starlets and artists and it never ends well. Look around you, it may be your life but there are people watching and looking up to you. Find some self-respect.

Now I like this woman…she totally makes a valid point:

One thought on “Miley…please stop!”