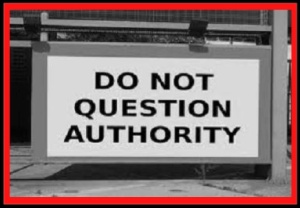 I have heard it said that the leadership model for The Salvation Army is authoritarian, meaning it is a hierarchical model of leadership. This system of leadership is modeled after the military not only in ranks but also in orders and regulations. One could argue for or against this type of model quite easily, but that isn’t the intention of this article. I would, however like to explore the affects of this type of leadership model within our corps ministries, divisional and territorial ministries. 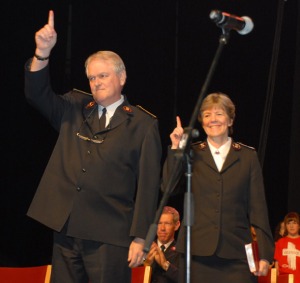 We have a chain of support and clearly outlined protocol to follow. There is no question who is in charge within this leadership mainframe. A Corps Officer reports to his or her leadership/department head either the divisional secretary/general secretary and then the divisional commander. This model insulates and protects all involved. We all have a chain of command to report to which keeps things moving and hopefully progressing within our mission to “meet human need in His name”.

Abuse of power sometimes takes place within this leadership model. If accountability (which is paramount here) isn’t utilized for both subordinate as well as superordinate, then respect as well as power will deteriorate. I do not begrudge those in authority over me. I recognize the biblical truths to godly leadership and that of servant hearts for both leader and one who follows. However when abuse of this relationship takes place, as it sometimes does, it can and will disrupt the fellowship and mission of our Army.

Questions to ponder:
Is Authoritarian leadership the model Jesus utilized with His disciples? Is there a negative impact to this style of leadership model? Catherine and William Booth founded The Salvation Army in the Victorian era, that being said, is this model of leadership still the best style to follow? Don’t misunderstand these questions or my intent. I merely ask them to get our minds thinking on the bigger picture.

How do we overcome the “my way or the highway” mentality within such a leadership model? Do/can we stunt the growth of those we lead within authoritarian leadership? Do we limit or control “questioning” leadership in a healthy way? Is questioning leadership a bad thing? Is punishment still dispensed to some subservient members of our army when they have questioned leaders who have felt threatened (perhaps by their own insecurities)?

Unhealthy Dependence – The Corps Level:
One of the detractors of the authoritarian model within corps ministries is an unhealthy dependence on the corps officer to do everything. This may not be true of every corps but many have been led by very strong leaders in the past but perhaps these leaders were not equipped or interested in discipling and honing proactive leaders within the local officer base. One of the unhealthy side effects of dependence is total dependence on the Officer to plan, execute and control the local mission. Though there is some merit to this, Officers ought to be skilled in the area of delegation, and have a willingness to develop a healthy team of leaders who are willing and able to lead in and of their own right.

Corps Officers still should maintain a level of authority but Officers shouldn’t be expected to run everything within the corps ministries. For far too long new officers would come into many of our corps newly appointed there and find that the Officer was expected to run, lead, plan and execute everything. Shouldn’t this corps ministry be a shared venture? Shouldn’t our teams of local officers have more of a say in the local mission having served and lived within that community for most if not all of their lives? Who better to understand the pulse of that community than the local officers? That being said Officers should also be mindful to appoint proactive people for these local officer positions. It may be very easy to appoint “yes” people who will do as we say, but is that what your corps needs? This doesn’t mean that we should appoint strictly “no” people but rather select the strong leaders who are willing to make hard decisions and at times disagree with leadership and differing visions and plans. This kind of healthy conflict sharpens iron provided it is done with in a manner of respect and love with the mission ever in focus.

The unhealthy dependence on the Officer in some corps leads to frustration and burnout to some who lead. Secondly the danger of authoritarian leadership within the corps is that corps members stop thinking for themselves. Unhealthy dependence on the Officer can also lead to a stagnation of internal vision and a crumbling mission for outreach and evangelism. Having a shared vision with multiple team leaders within a corps usually indicates a collective thought process but also strong individuals willing to shoulder the burden as well as encourage and push one another on to greater things within their ministry.

Authoritarian Leadership of Officers:
For far too long our Army operated under the old iron fist which, at times was more concerned about the mission over the individual needs of its officers and families. For far too long the “My way or the Highway” edicts were handed down to officers from above, and to question was to be punished. Sometimes compassion seemed vacant. Some officers felt trapped, for to relinquish their role within the army meant that they were turned out with little to no personal affects or possessions. At times appointments were made to send a message to some who had perhaps disobeyed…dare I say this practice still occurs. Yet…I am hopeful. I am confident. I am willing to go out on a limb and proclaim my faith in a new army. Not a compromised army. Not a “soft” army. Not a complacent army. But a compassionate army. A more loving army. An army that finally gets it. An army that finally see the investment in its officers. An army that finally begins to shepherd its officers with more care and more effort and more expressions of pastoral edification. After all, who shepherds the shepherd? Who cares for the hurts of officers who in turn have to shoulder the care of many, many broken people in their corps? I am hopeful in this army. THIS is the kind of army I WANT TO BELONG TO! This is the kind of army that will see less and less of an attrition rate among its ranks…if they are cared for and shepherded in this way and not with an iron fist. I am confident in leaders who will rise up and learn from past mistakes. I will boldly follow such leaders who take into account the hurts of hurting officers. I will serve faithfully and love fully those leaders who take the time to listen, truly listen to their officers. Our army needs more and more leaders who are servants first and holy…Lord we need more holy leaders in our midst! Our army needs more leaders who will lead with compassion, who won’t play favorites, won’t entertain the follies of gossip, will maintain respect and integrity and will make the prayerful hard decisions not because they are popular but because they are right.

“If we are growing we are always going to be outside our
comfort zone.” -John Maxwell.

Perhaps we need to grow a little…we still have room to grow, right?
Perhaps we’ve remained in our comfort zones for far too long.

Probably more questions, but also more for our army to ponder today.
“We cannot become what we need by remaining what we are.”
― John C. Maxwell