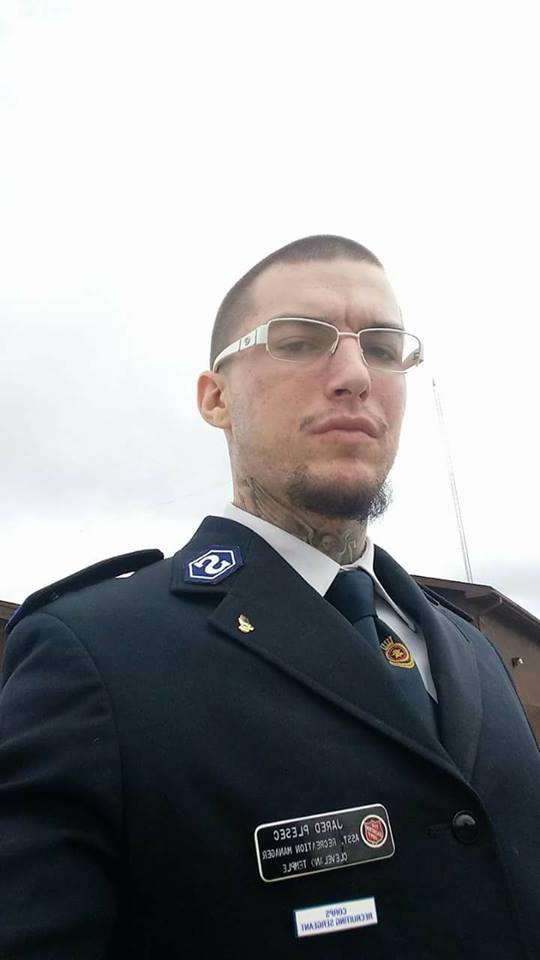 Many have seen the news story (referenced above in the link) about the tragic loss of Salvation Army soldier Jared Plesec.  I cannot put to words the deep sadness many have felt because of this seemingly random act of violence.   There is so much to say about that, but I want to focus in on Jared.  He didn’t know that his life was going to have such an abrupt and violent end.  He had no clue that he just so happened to be at the wrong place at the wrong time…instead, from all accounts, he felt God’s appointment where ever he went.  He faithfully wore his uniform, but that isn’t what has distinguished him and endeared him to many around the world.  Anyone can wear a uniform, that doesn’t change hearts and minds.  Some have worn the uniform and have lived contrary to the articles of war that are signed upon becoming a soldier.  Yet, from what everyone has said of Jared, and what has been shared on social media sites, to Jared the uniform was an extension of his faith in Christ.  He was known to call up people who had been missing from the corps.  Young people looked up to Jared.  He wore his uniform proudly and at the time of his death, he was clutching his bible.  This, my friends, was a true soldier of God.  I seriously doubt that Jared was perfect, we all have our flaws, but I know the kind of legacy he has left for the ones who knew him.

I mourn for his friends and family, and I mourn with the Cleveland Temple Corps where he soldiered.   Jared has been promoted to glory at such a young age and I can’t but help wonder what future impacts he might have had if this tragic act of violence had never happened.

Can we start a campaign to IHQ to posthumously honor Jared with the Order of the Founder Award?  I think it rather fitting, don’t you?

2 Things
I don’t wish to whittle this down to simply two things today, and thereby minimize the life of Jared in anyway.  He has greatly impacted my life and I never met this young man…but I hope to one day in Eternity.

1) Consistency of Faith
Jared wasn’t just a Christian when he put his uniform on, he was a Christian (from all accounts) in every facet of his life.   Can we say the same thing today of ourselves?  The uniform doesn’t make us Christ-followers, it is merely another outward evidence of the inward change.  What does make us Christ-followers is the daily, even moment by moment commitment to Him regardless of the circumstances around us (good or bad).
How consistent in our faith?

2)  Persistence of Faith
Accounts of Jared’s life has left us with the deep impression of his persistent faith towards those around him.  He was an encourager and would frequently call those who were absent from the corps.  He kept his faith at the forefront of his life anyone to witness.  Many of us reading of his life, have witnessed a man persistently seeking after Christ…and I wonder if this can be said of us as well?  I ask this question first to myself and all others who wish to do a personal inventory of their lives.

Dear Jared,
I never met you, but over the course of the last few days, I feel like you were (and still are) my brother in Christ!  Thank you for your witness to many, many people – both while alive and in the instance of your tragic death.  We mourn for what could have been…but we also celebrate your testimony in life, and one day we shall all meet together in Heaven to sing Christ’s praises.  Well done, good and faithful servant!  We shall one day meet!