Is It More Than A Paycheck? 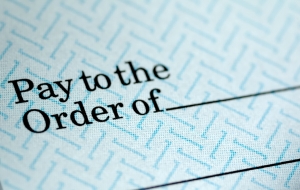 The mission of The Salvation Army requires more than just employees.  Don’t misunderstand me, we need workers who can perform vital tasks within our army but my fear is that we are creating professional places of employment and no longer cultivating warriors who are mission minded.  Is it wrong to draw a salary from our army?  Of course not!  Though there is the danger of hiring personnel based solely on their skill set.  Skill sets are wonderful and we should utilize these abilities in our army but what happens if we only hire individuals based solely on their ability to perform these tasks while they have no love or passion for our mission?

I remember the days when I used to punch a clock while being employed by the Army.  I must confess that I too viewed my position as a place of employment and not where my heart met a godly mission and purpose.  It happens more than we think.  Dare I say that we (the army) sometimes employ families  who merely “go into the family business” and perhaps it is more out of convenience than it is about passion.  I do not begrudge this.  For years I had to sort this out in my own life as well.  I am a fourth generation salvationist and a fourth generation officer…did that mean that I signed up out of “convenience”?  Thankfully the answer in my case is “no”.  I could have found a more lucrative, gainful employment somewhere else following college graduation.  I could have done other things, but I felt a call to minister within our army.  Was it a lifetime call?  Perhaps that’s a conversation for another time…but I have been called here and now to be more than just an employee of The Salvation Army.  If there comes a day when I am simply here for the paycheck and the benefits and have no love for our mission then it is time for me to pack it in and move on.  God forbid if we have only employees in our army!  Employees only fulfilling their job descriptions and nothing more.  Employees who are not mission bound but paycheck and position bound.  Employees who hardly ever (if at all) actively engage in Kingdom building within our army.

I quit being an employee of our army years ago.  I didn’t sign up to draw a paycheck or sit in a nice office with a window view. There has to be something more than this.  There needs to be heart and passion and mission that coincide with our spirits and prompts us to fight for souls of men and women for the glory of God!  If this last element is missing (for the glory of God) we could lose everything within our army.  If we do not keep our mission ever in focus…if we do not continue to fight for the souls of men and women…if we do not actively engage in our corps, divisional offices and territorial offices for His glory, we will have lost everything and just become “employees” in just another social service organization.  God forbid that ever happens.  Don’t be employees…be mission workers, be passionate soldiers of Christ, be compassionate dispensers of God’s grace, be warriors of God…don’t just be employees of The Salvation Army.

Something more for our Army world to ponder today…to God be the glory!